The run was raising money for YMCA’s East Surrey Charitable work in the community. Head2Toe Physio Clinic – Redhill has been based in the YMCA Sports Centre in Redhill for years now and it was decided that at least one of our Physiotherapists should represent Head2Toe in the charitable event.

Now the choice for the Head2Toe volunteer seemed obvious to me. Meera Siva is the head Physiotherapist at Head2Toe Physio Clinic – Redhill and not just that, she’s also a well known, accomplished club runner! The matter was rather taken out of my hands when I received an e-mail from a well meaning (I’m being extremely charitable) patient, telling me not to worry, my entry fee was paid and all I had to do was turn up for an 11.00am start…..

……and then the Santa suit arrived outside my clinic door……….   Well I made it but I definitely didn’t finish first! Congratulations to all the runners, including the hundreds and hundreds of kids running on the day (and their parents lagging behind). It was a great day and I (probably) will be back next year for some more. Thanks all 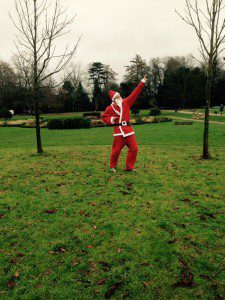 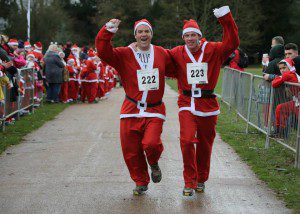 About the Author: Sam Bowden

Sam is a Director and the founder of Head2Toe Physio Clinics. He has worked in the NHS, Private Hospitals, Sports Clubs and Private Practice. He specialises in musculoskeletal injuries and has post graduate qualifications including MMACP membership and an MSc in Neuromusculoskeletal Physiotherapy. He sees patients at our Dorking and Leatherhead Clinics.

Customer Survey | GO >
We would appreciate if you can take some of your time to fill out our survey... it will help us.